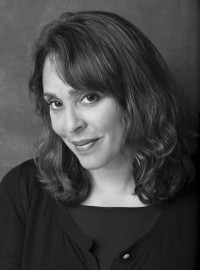 Join us for a virtual author talk by Pulitzer Prize winner Natasha Trethewey, author of Wilton Reads 2021 pick Memorial Drive: A Daughter's Memoir at 6:00 on Thursday, April 15.  Trethewey will be in conversation with Wiltonian Megan Smith-Harris.  A Zoom link will be sent to all registered participants before the program.
In her memoir, the author chronicles her life growing up as a “child of miscegenation” in Mississippi, and how her life was impacted by her mother’s death during a horrific crime in 1985.
Memorial Drive has garnered awards and accolades including becoming a New York Times Bestseller, A New York Times Notable Book, A Washington Post Top 10 Best Book of 2020, An NPR Best Book of 2020, a Slate Best Book of 2020, a USA Today Best Book of 2020, an Amazon Best Book of 2020. Even President Obama has chosen it as one of his favorite books of 2020.
Natasha Trethewey served two terms as the 19th Poet Laureate of the United States (2012-2014). She is the author of five collections of poetry, Monument, which was longlisted for the 2018 National Book Award; Thrall; Native Guard, for which she was awarded the Pulitzer Prize, Bellocq’s Ophelia; and Domestic Work, which was selected by Rita Dove as the winner of the inaugural Cave Canem Poetry Prize for the best first book by an African American poet. She is the recipient of fellowships from the National Endowment for the Arts, the Guggenheim Foundation, the Rockefeller Foundation, the Beinecke Library at Yale, and the Bunting Fellowship Program of the Radcliffe Institute for Advanced Study at Harvard. At Northwestern University, she is a Board of Trustees Professor of English in the Weinberg College of Arts and Sciences. In 2013, she was inducted into the American Academy of Arts and Sciences.
The author will be recognized with a Grodin Family Fine Writers award during her virtual talk. Elissa and Charles Grodin have been sponsoring the Grodin Family Fine Writers Awards for the library’s Wilton Reads programs.
The discussion will be moderated by writer/filmmaker Megan Smith-Harris, the founder and Executive Director of the Fairfield Film Festival.
Go to elmstreetbooks.com to order your copy of Memorial Drive.  A portion of the proceeds go to Wilton Library.
The Village Market is the sponsor of the virtual author talk. The media sponsor of Wilton Reads is GOOD Morning Wilton.
For more information visit www.wiltonlibrary.org, call the library’s reference librarians at 203-762-6350 or email reference@wiltonlibrary.org.