Connecticut's Own Concert: Nick Revel - Letters To My Future Self - Original Works for Electroacoustic Viola 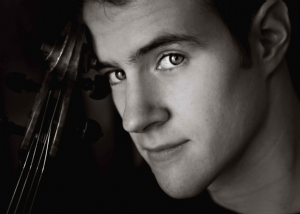 Please join us for an amazing performance by Wilton's own Nick Revel, a violist, improviser, composer, and educator who grew up K-12 in Wilton CT.
No charge. Good Morning Wilton is the media sponsor. Registration strongly suggested. Pre-registrants should arrive by 3:50 to be guaranteed seating; wait-listed and walk-in registrants will be admitted after 3:50 if space is available. To register, please sign up online or phone 203-762-6334.
Nick has transformed his debut album Letters to My Future Self, released in January 2019 with all original compositions and improvisations, into a solo show filled with wild textures and layers you've never heard before. His performance will take us on a musical journey through the inside of his mind and break preconceived notions of what a viola can do in a constantly morphing soundscape of genres. His electroacoustic viola will be augmented by a microphone and speakers, a powerful audio program, and intricately programmed auto-triggering loops and live-processing.